Yongsheng touching stories | Autumn is very good, and we enjoy peace of mind with YS Service


The owner, Mr. Chen, found his son coming back hom in a trance, his hair cut ragged. He was quite worried. Could it be that his son was drugged? The more he thought, the more afraid Mr. Chen became. He hurried to the security room, asking to take a look at the monitoring system.

Steward Ding Xiumei felt more nervous. The little owner hid himslef behind Mr. Chen, his face flushed, his hair on the left ear cut as if bit by something. The more she looked at him, the more she felt him to be bullied. As quickly as she could, she, together with Mr. Chen, checked through the surveillance video.

Fortunately, after checking the monitoring and in-depth inquiry, they found the kid just had made friends with the child of Ms. Xie living on the 12th floor. Ms. Xie's child, following in his parents' footsteps, served wine to guests. As a considerate friend, he found his friend's hair to be too long and decided to give it a cut. And that's what had happened, much to the relief of Both Chen and Ding. 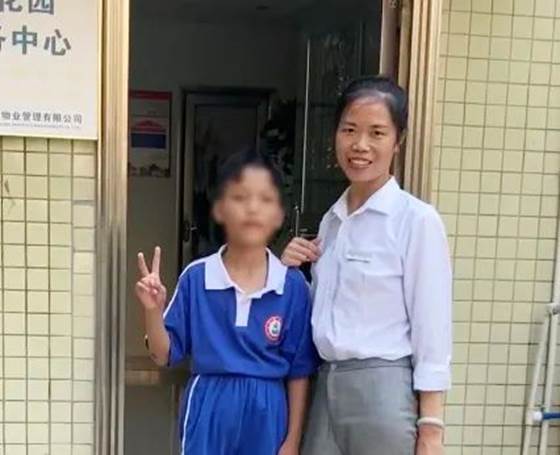 After Ms. Xie learned about the incident, she wanted to blame her child. Ding promptly discouraged her. She communicated with both parents, and managed for Ms. Xie's child to sincerely apologize. Mr. Chen also let go of his bad feelings, and the incident was successfully resolved.

The child had his


"Is it the property management?

"My kid has broken his ankle when playing basketball outside, but my husband is not at home. Could you help carry my kid to the clinic?" Ms. Wu, an owner atChangsha Xuhui Cangjun said anxiously.

Customer service personnel Xiao Xiong hurriedly hung up the phone and rushed over, carrying the kid on his back to the clinic on the opposite side of the community. After examination, the little owner had only a sprain. Ms. Wu was relieved. After that, Xiao Xiong sent the little owner back home personally. 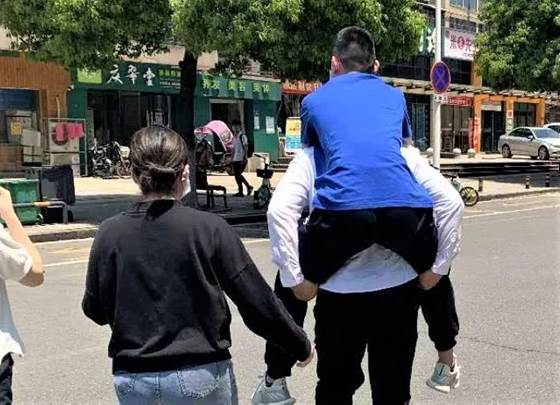 After this small incident, Ms. Wu has become a big fan of ours. To win sincerity with sincerity. Our colleagues's sincere services have paid off. And the owner's recognition encourages us to redouble our efforts in our future work.

has fallen into the water

The mother of Mr. Chen, the owner at Wuhan Tiancheng Meiya, rushed into the property service center with her grandson in her arms and asked for help. It turned out that, as she played by the waterscape pool in the park, she accidentally dropped her new phone into the pool. Her son was not at home, so she came to the property management for help at the first time.


Order captain Lin Xinyun, in response to her request, immediately rushed to the scene. Regardless of the cold water, he jumped into the pool, looking around for the phone, and finally found it.

Mr. Chen was very grateful to Captain Lin. Although a small matter, our colleague treated it seriously. Captain Lin's earnest attitude and effective services won him unanimous recognition and thumb up from the owners.

amid the Autumn rain


In the middle of the night, it was raining heavily. Liu Enhai, order monitor of the night shift at Lanjun Project in Tianjin, suddenly received a notice from the north entrance that the Emergency Center's 120 ambulance was driving into the community, because the owner Mrs. Shang's mother was very ill at home, needing to be sent to the hospital as soon as possible!

At that, Liu immediately led the patrolling personnel Zheng Xueli and Li Yueguang to the owner's home, where they assisted the emergency center to help Shang's mother onto the ambulance. Regardless of the rain and cold but bent on the rescue, Liu drove ahead, leading the ambulance in the heavy rain out of the community.  Shang thanked them all the way, as she finally became relieved.

The next morning, the project manager Yang Tingting received in her WeChat a warm praise. It turns out that one of the 120 staff last night was a doctor who is an owner at the Project. Though buying the house, the owner has not lived in. But yesterday, the order team's action moved the owner to repeated praises!

Steward Zhang Xin, when at work, asked the elderly's condition. Shang said that her mom's condition has been under control and she has returned home to rest. She felt very grateful to our colleagues for their kind acts last night, and spoke highly of them! Sincerity and intentions will be seen and appreciated in the end. Yongsheng people, with their quality servcies, have reaped a rich harvest in the Autumn.

To deliver a better life with our attentive efforts, we hold ourselves accountable with a sense of responsibility, do things in the interests of others, treat people with gratitude, work hard towards greater goals, and offer services with professional ingenuity, and deliver a perfect job in every thing we do.  We just want you to know that, no matter how big the matter, when you need, we are your first choice!

Statement: This information includes the service contents and photos of YS Service and is based on the cases of the compnay.It is for learning and communication only, not for profit purpose

It's the first article

Yongsheng touching stories | A sun-like person to warm a city