Yongsheng touching stories | You are our known preference!

Be it sunlight or storm, our colleagues are always there at their posts. They are kind and capable,  bring warmth to every owner, and live a fulfilled life with hard work, and they are our property management.

At noon on a June day in 2020, Zheng Bing, working at Ningbo Jinqiao Waterfront Garden, was on his routine patrol, when he suddenly found in the lobby of Building 5, an old man more than 60 years old lying on the ground unconscious. Zheng ran forward and found it to be the owner Uncle Cai, who smelled of alcohol. Zheng suspected him to be alcoholic poisoning. He immediately called an ambulance and contacted supervisor May to help with the emergency.

Mei got the phone number of Cai's daughter in his cell phone, contacting her and informing her of the current emergency. Ten minutes later, Cai's daughter and son-in-law arrived, and the ambulance also arrived. Mei, together with the ambulance staff, carried Cai to the ambulance. Thanks to the doctor's all-out rescue, Cai finally recovered. The doctor said that Cai was suffering from alcohol poisoning, and would have risked his life had he been sent to the hospital a while later. 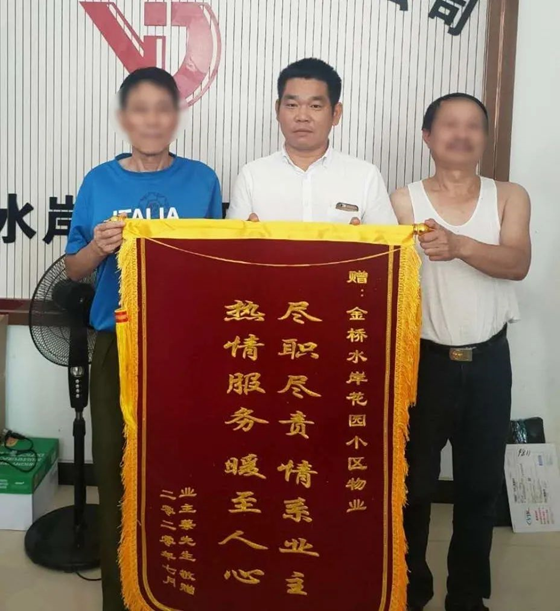 Warm services to warm the heart

Uncle Cai and his family were very grateful to our colleagues for their kind servicse and sent cash as a token of their gratitude. Mei declined politely, telling them that was what the property management was supposed to do, and that to save a life in a timely manner made everyone pleased. At last, uncle Cai sent a gold flag to express his thanks.

We Yongsheng people are always praised as reliable, and it is the product of our great efforts. Our colleagues do a good deed without leaving a name behind, and thy don't forget to repeatedly tell the uncle not to drink. They really treat the owners as their own family!

An umbrella to shelter out the rain

One afternoon, Dai Cheng, a security guard at the Yongjiayuan Project in Ningbo, was patrolling the park, when he found a small white car parked on the side of the road of Building 1. The driver's window was not closed, but the car was empty. 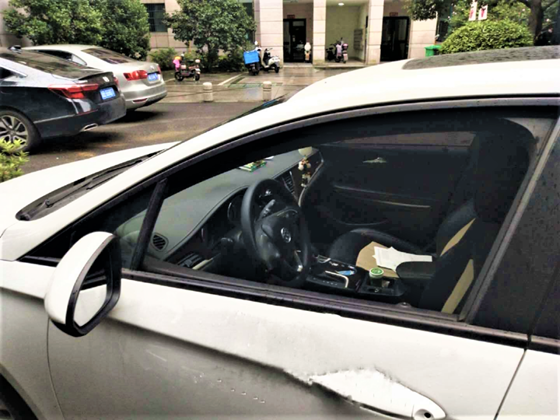 "We examined the car and found that there were no signs of burglary and assumed the owner must have had left without closing the windows. Then we contacted the customer service, but because the car was a foreign service vehicle, we could not find the owner's information on the computer. It was the rush hour, and it took us lots of efforts to find the car owner." Dai said that, because it was raining at the time, he held up an umbrella to shield the windows as he looked for the car's owner.

Finally the car owner was found, who was deeply moved by the scene in front of him, "It rained so heavily, but the property management personnel stood by my car until I came down from the upstairs. I checked, and found the contents in the car sound and intact. I am so grateful to the property management. It feels great to live in such a community, and I also want to live in such a community."

In the eyes of property management, there are no such things as small matters. "Waiting for the owner of the car" is not the first time. And it is driven by his aspirations to give the customers a peace of mind, he used an umbrella to build up a permanent image of our people.

Headwind is more suitable for flying

After operating in Chongqing Langqing Square, our team found many problems left over with the shopping mall, seriously affecting our property management in servicing the shopping mall. Instead of faltering at the difficulties, our team sorted out all the problems, determine working ideas, making unified efforts and overall arrangement. In the first month, the customer service team had each member assume multiple roles, who checked he scene by day, summarized problems at night, and worked overtime until dawn every day. 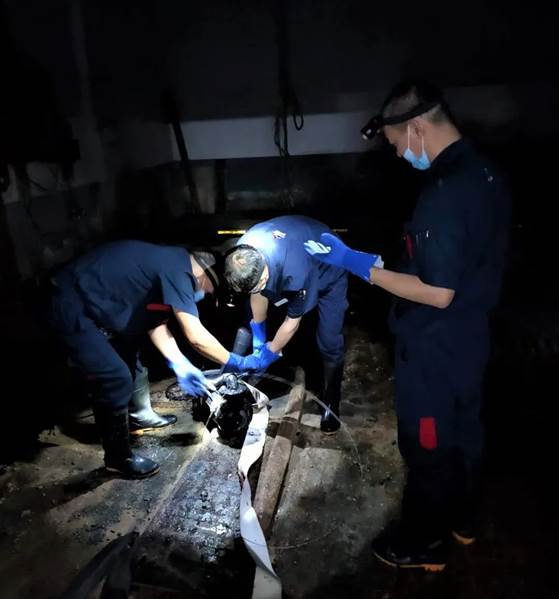 A KTV on the square had not paid the property fee for half a year because the problems of water seepage and smoke pouring had not been solved. After learning the reasons, our steward took the initiative to coordinate regional resources and led the team to carry out rectification. Also, drainage was used to solve the problem of water seepage. Meanwhile, the parts of the lampblack machine downstairs were removed one by one to make new accessories. The engineering master visited every corner the electromechanical town of the city, not only saving the cost, but solving the problems troubling the owner for a long time. The owner was very grateful and paid the property fee for half a year actively.

All their deeds, one after another, reflect the teamwork of our team working at the Longqing Square. They fight together with an iron will, turn doubt into praise, win satisfaction, make breakthroughs, and soar high in the headwind!

See how they contribute silently

Mr. Hong, the owner at Xiangdao Manor in Jiaxing, had not paid the property fee because the problem of water leakage in the elevator shaft had remained unsolved. To address the issue, customer service Lu Xiangxiang coordinated with the developer and follow up the maintenance, while reporting to the owner on the maintenance progress from beginning to end in the form of photos and videos. During the maintenance, whenever it rained, they would check the elevator shaft of Mr. Hong's house at the first time for any leakage, and took photos and feeded back to Mr. Hong.

In a communication, customer service Lu learned that Mr. Hong was coming home the next day, so they contacted in advance a master, arranging for him to replace the decayed lock upon the arrival of Mr. Hong. By the time Mr. Hong got home, the lockpicker was already waiting at the door. When the owner entering the house, Lu accompanied him the whole process and carefully reminded him of the relevant matters needing attention. When coming to the balcony, they found the floor plugged up and full of insects, glass and smelly water. Lu and Jin pulled up their pants legs without hesitation and unblocked the pipe. 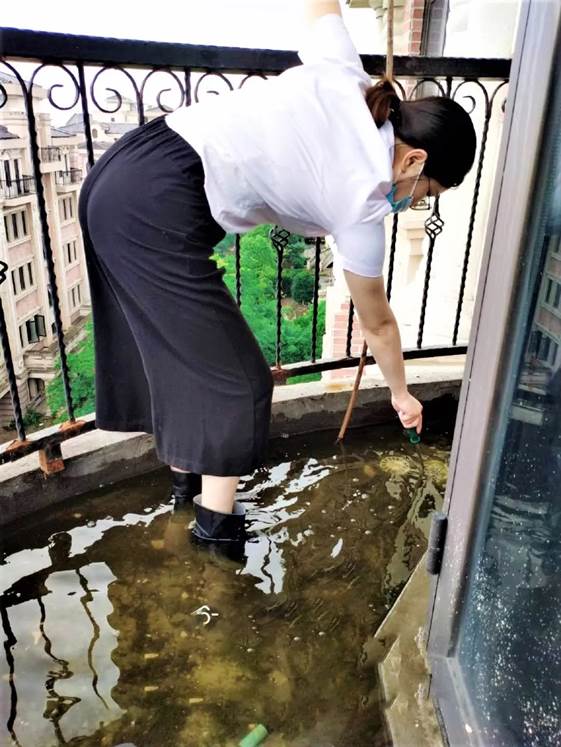 What they had done was all seen and remembered by the owner. The past misunderstanding was thus removed, and our sincere service thus won the owner's recognition and moved heart. As they was to take leave, Mr. Hong took the initiative to pay the annual property fee to the service center.

"Be earnest and responsible all the time." Every of our colleagues follows the saying with practical actions. With sincerity they serve every owner and move every resident, winning us affirmation, respect and understanding from the owners.

We are our customers' first choice when they have needs. Our colleagues work to customers' satisfaction, surprise them, touch them, and win the trust of them with their altruism and high quality professional service. "To be attentive" is the promise of our service, and "to build a better life" is the pursuit of our cause!