Yongsheng touching stories | What makes me concern myself so much with you? Nothing but true love…

Hello, is it property management? I have a family emergency!

Xiao Zhang, I'm not feeling very well now. Can you come here for a moment?

Mr. Wang, how come we don't have any running water in our house?

Steward, please come and have a look at my house. My mother is nowhere to be found!

Hey, somebody upstairs has thrown things in the air again!

Can the property management talk to the dancers on the square? It's so noisy...

Property management has to deal with countless matters every day, so they have to be "omnipotent". That is, if need be, they should act as a "Conciliator," "Fireman," "little adviser"...Now, let us take a look at them, who concern themselves so much about the owners every day...

At five to nine on the night of Qixi Festival: Order officer Mao Yong who was on duty at the South Gate of the Heying Community in the South China received a message from the owner, saying that the owner Mr. Liu's balcony was on fire!

Mao immediately reported to foreman Yan Yi, then rushed to the scene of the fire. On the way, he urgently contacted Mr. Liu for information.

He learned that Mr. Liu was not at home. In order to protect Mr. Liu's property from loss, he opened the door with the help of the neighbors after obtaining Mr. Liu's consent.

At the same time, all the staff launched the emergency fire plan.

Steward Tang Mei, when learning about the fire, immediately left her dining table for the scene, where she lost no time to guide the upstairs residents walk down in an orderly manner, and comforted the owners.

Zhu Sheng, director of the engineering department, and Li Guanghui, the maintenance engineer, rushed to the scene to make crash landing of the elevator, cut off the public power supply and turn on the emergency power supply...

After Mao went in Mr Liu's home, he found in the balcony the cartons holding furniture on fire. Fortunately, the big door was closed so that the fire did not spread indoors. Mao and Yan and patrol officer He Shilin used fire water bag and hydrant to put out the fire. After putting out the fire, the balcony's temperature was high. To prevent after-combustion, they constantly used fire water to cool it down. 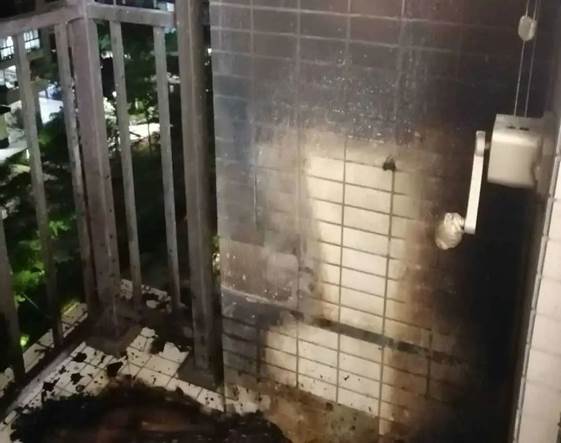 Finally, Tang and colleagues from the Order Department helped clean up the garbage on the floor and balcony; colleagues from the Engineering Department checked the elevator for damages and then reoperated it restored the power supply switch in the public area. They also checked the power supply equipment in Mr. Liu's home one by one. It was not until 11 at night when ensuring everything was OK that they took leave.


To nip risks in the buds, the stewards once again warned community owners that: fire safety not to be ignored and no littering in the fire passage on the floor; electric vehicles to be put in the bicycle shed instead of being charged at home; no littering cigarette butts; in case of emergency, calling the 24-hour service hotline of the property service center or contacting the exclusive steward of the building...

Is it merely a sense of responsibility that enables us to stay calm in the hour of peril, respond quickly, work as one, and protect the owners from loss of life and property? More than that, it is love, our deep and reserved love that propels us to do so.

Tang Jinwan, director of the Customer Service Department was at work, when she received a phone call from the owner, Ms. Liu. The owner was very anxious, because her mother, Grandma Chen who suffered from Alzheimer's disease, had left home alone. She might be heading for the subway station, but Ms. Liu could not come back in time because she had a meeting in the company.

Tang, after receiving the phone, immediately went to the monitoring room to tune the surveillance camera. Seeing where Grandma Chen had gone outside the community, she called her colleagues to look for Grandma Chen in three routes. Time limited but task heavy, Tang finally found Grandma Chen in the subway station.

At that point, the next subway was arriving in two minutes, Tang rushed forward to the upstairs waiting room, where she successfully stopped grandma Chen. If she was late one minute and grandma Chen got on the subway, the consequences would be unimaginable. Tang sighed a sigh of relief and sent Grandma Chen home safely! 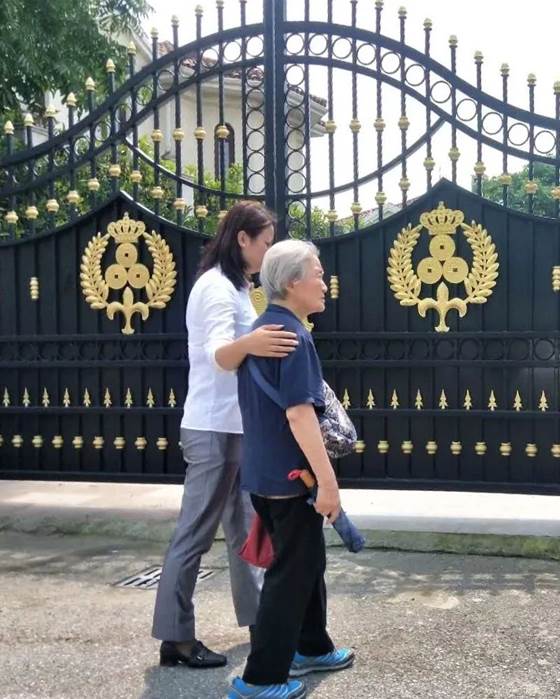 That is our full-age care! Our stewards, with their quick and effective response to owners' needs, win trust from the owners. After Ms. Liu came back, she paid a special visit to the property management to thank Tang. "It is you, the responsible stewards who have made it possible for me to work at ease away from home. Thank you very much!"

This year, the plum rain season was long and the amount of rain large, assigning to us an arduous task. Just a few days later, the water level of Qinhuai River near the Boyue has reached its highest level in history, and the flood situation immediately became a danger!

All staff of Boyue quickly formed a volunteer team for the flood control and fighting. While doing well their jobs, they also shouldered the social responsibility! With persistent eyes, nervous pace, figures full of security, they patrolled to and fro on the river bank!  Sun or rain, day and night, their figures, like a flag, were always there at the flood control positions! 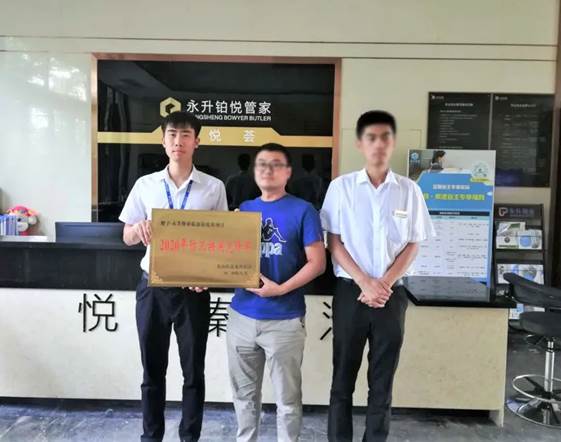 After more than a month, the water level finally stabilized. The danger gone, the volunteers, although tired, were happy.  The sense of social responsibility shown by our colleagues deeply moved the community leaders, who paid a special visit to the project to award them the honorary title of "2020 Flood Control and Fighting Pioneer Army". It is another honorary title won by the project after the "The Most beautiful Guardian during the Epidemic" in the first half of 2020, fully reflecting the responsibility of YS Service!

With our actions we work towards our mission of building a better life, creating beauty for the city and contributing to the harmony of the society. We are always on the move!

To be attentive is our commitment to service. That is, we hold ourselves with a sense of responsibility, do things in the interests of others, treat people with gratitude, work hard towards greater goals, and offer services with professional ingenuity. When the customers have needs, we are their first choice; when the customers have not thought of us, we may have already solved the problem quietly in advance. That's why our colleagues are so busy every day!

Yongsheng touching stories | A sun-like person to warm a city